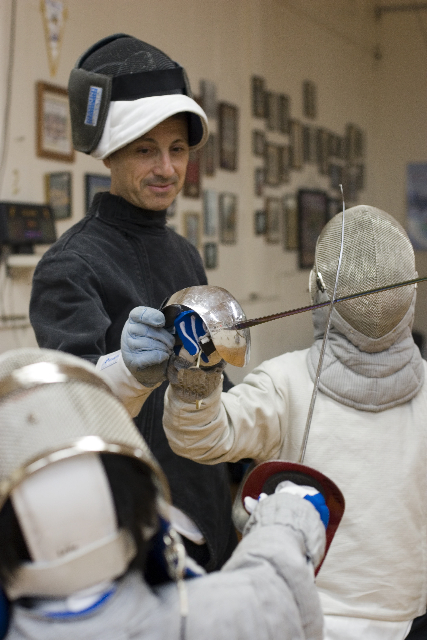 Maître Rob Handelman came to Halberstadt in 1974 and was the head coach until 1982. He had been in private practice as a Doctor of Chiropractic specializing in sports injuries since 1983, and semi-retired in 2005. He is now able to devote more time to fencing.

Rob began fencing in 1968 in New York and competed in sabre. After college, Rob spent nearly three years in Paris at the Institut National des Sports (INS) earning his Fencing Master credential in all three weapons (sabre, foil, épée). He is one of only three Americans to ever graduate from the INS.

He was an A-rated competitor and fenced in many European “A” World Cup competitions. His students have been national finalists, national team members, and national champions in all three weapons. He taught the varsity team at UC Berkeley, and in the summers, he taught coaches’ clinics for the US Fencing Association at the Olympic training center at Squaw Valley, and training camps for our top junior fencers. He has coached US teams at the National Sports Festivals, World Cup Events and Junior World Championships. Maître Handelman is the past chair of the board that certifies fencing instructors for the US Fencing Coaches Association. 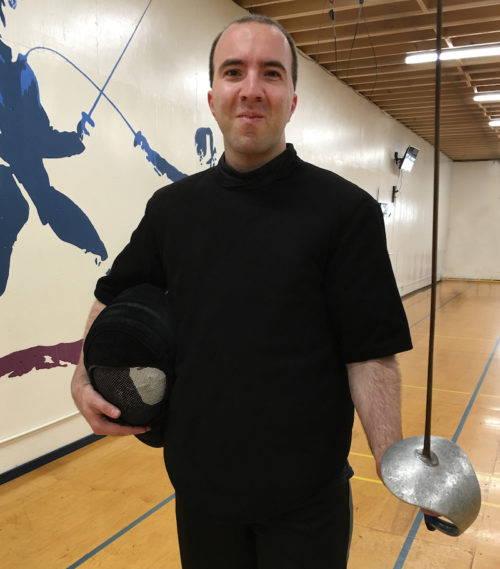 Sándor started fencing in 2001 under the tutelage of Joe Manzano at City College of San Francisco. He later switched to Halberstadt Fencers’ Club in 2005, first as a competitor, where he is rated in all three weapons, and now as a coach as well.

Sándor started his coaching career as the head coach of the Galileo High School Fencing team in 2007, where he continues to coach currently.

He has coached with the Sabre Youth program since 2011, and has been working with Maître Rob Handelman, both as a competitor, earning his A rating in épée and foil, C in sabre, and as a coach, receiving his Moniteur d’Armes certification in all three weapons and his Prévôt de Sabre from the United States Fencing Coaches’ Association.

In addition to coaching and competing, Sándor is a rated referee, where he referees local, national, and international tournaments. 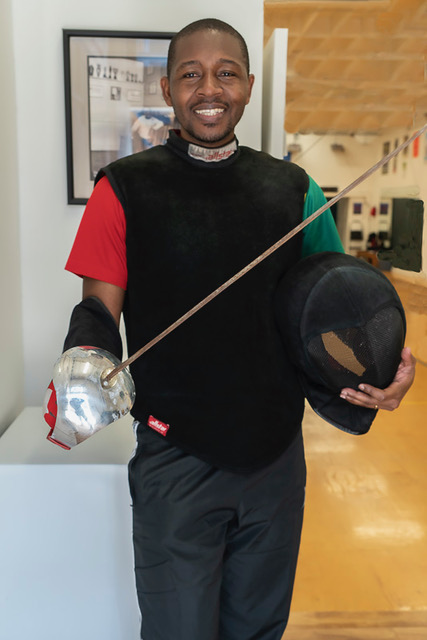 Maître Julien came to our Halberstadt Sabre program in 2019 with outstanding credentials, and international teaching experience at the elite level.

After two years of study, 2004-2006, he earned his Fencing master degree in all three weapons from the FIE (International Fencing Federation Training Center) in Fontainebleau, France.

In 2007-2008, he continued his study of fencing and was certified by the FIE to teach and credential fencing coaches in all three weapons. He then was appointed to the prestigious position of head instructor for the FIE coach training for the continent of Africa from 2010 -2017. 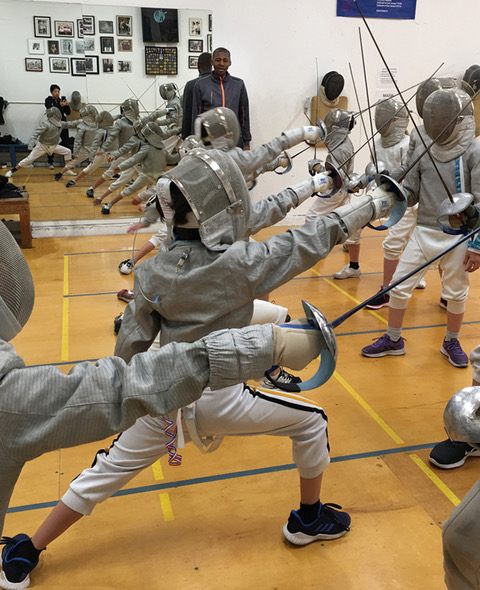 Julien is an FIE rated international referee: Refereeing Official Senior Competitions such as the African Championships, International Grand Prix and World Cups in Foil and Sabre. He also has a Bachelor‘s degree in sports management.