Visit this page often to keep up with current news here at San Francisco Youth Fencing! 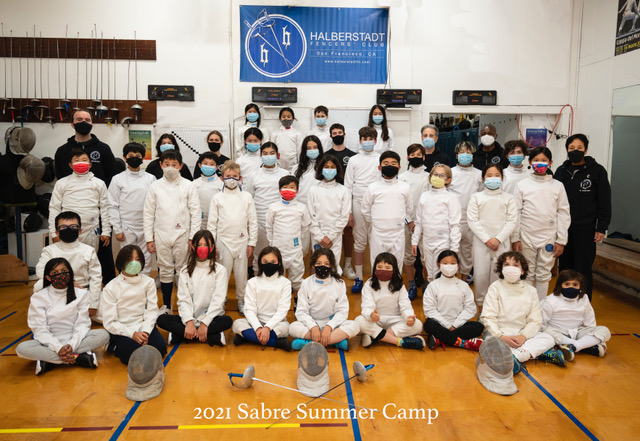 Champion again! Angie Tse won her second United States Summer National Championships, this time in the Youth 12 women’s sabre. Despite limited training and competitions due to Covid-19 restrictions, Angie claimed the gold medal by defeating a field of 80 girls with focus and fierce determination.

Congratulations to everyone involved: her parents, her coaches, and to Angie!

Lightning struck again! Angie Tse won first place for the women’s Youth 10 at the 2019 United States Summer National Championships. Beating out 82 girls, the largest ever in this field, Angie remained calm and focused despite some thrilling close bouts. Photo is of Angie on the main finals stage, at the half way break in the final bout, getting coached by Rob.

Congratulations to everyone involved: her parents, her coaches, and to Angie! 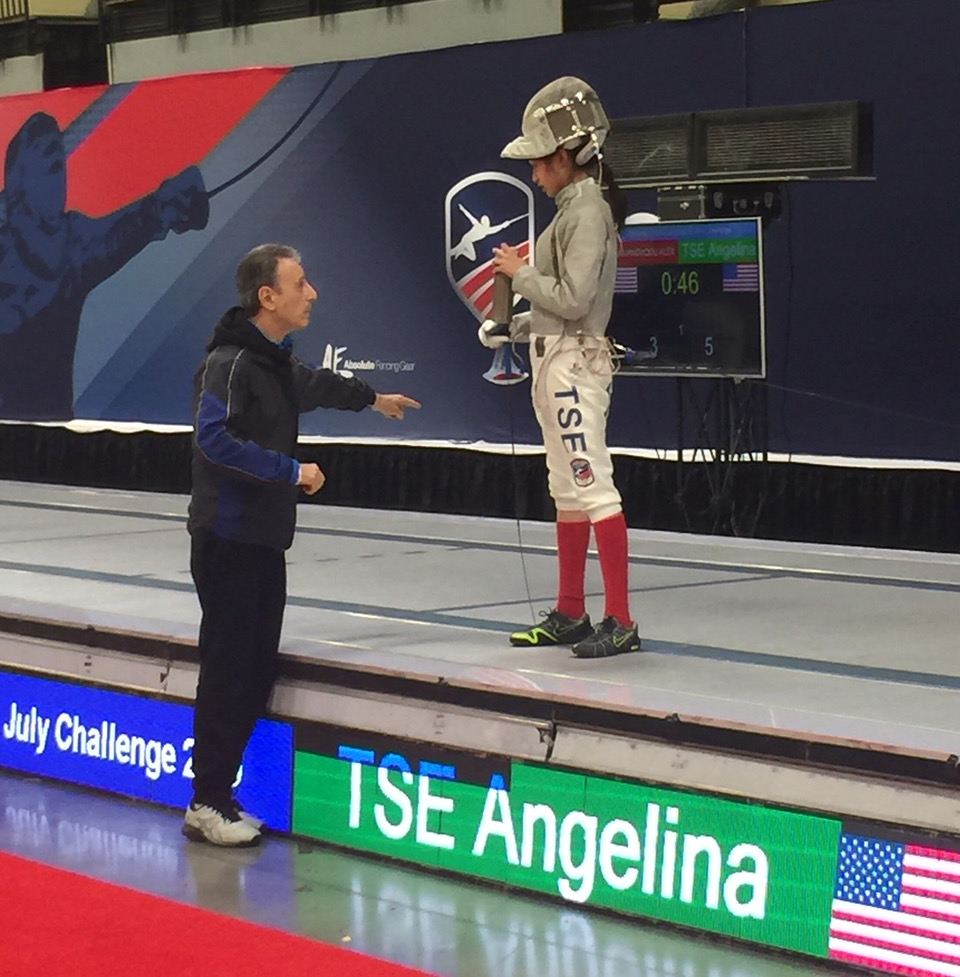 It is a happy and rare day that one of your students becomes a national champion. On July 10, 2017, Erika Chin won the Youth12 US National championship over a strong field of 110 girls. She had to fight back, behind several times, but succeeded bout after bout. Her consistent training, building up speed and endurance helped pave the way. We must also thank her family that supported her at numerous competitions throughout the country that built up her confidence.

On the same day, same event, Alexandra Lee took third place. She also had several difficult bouts along the way, and missed fencing her teammate in the final by just one touch. 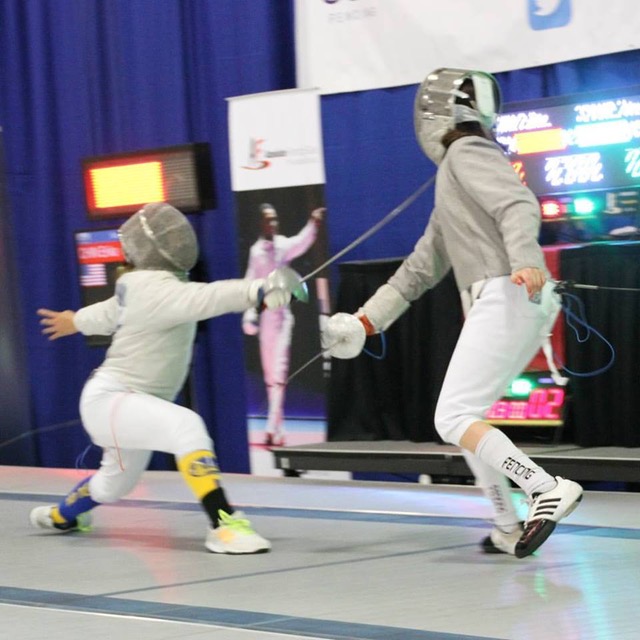 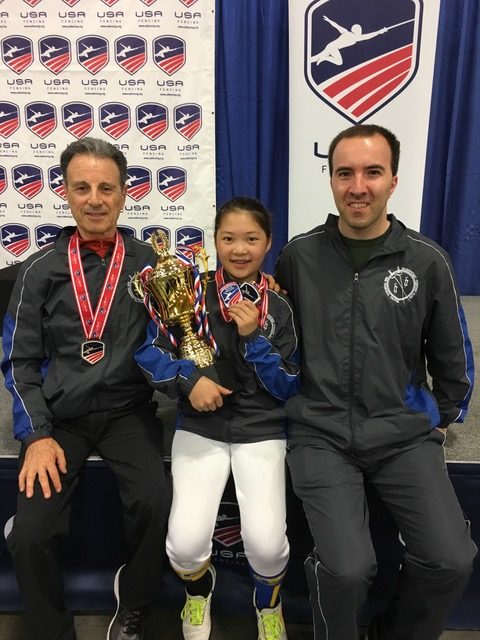 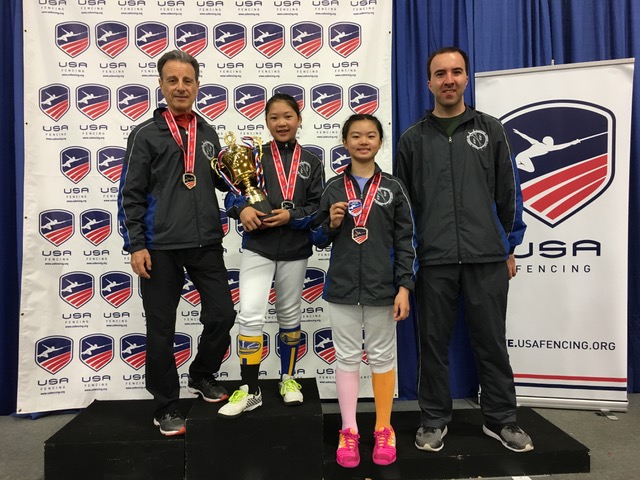 We are extremely happy to say our Halberstadt sabre fencers came in SECOND in the country!

Thanks to all our supportive parents and fencers that have worked hard to achieve such great results!